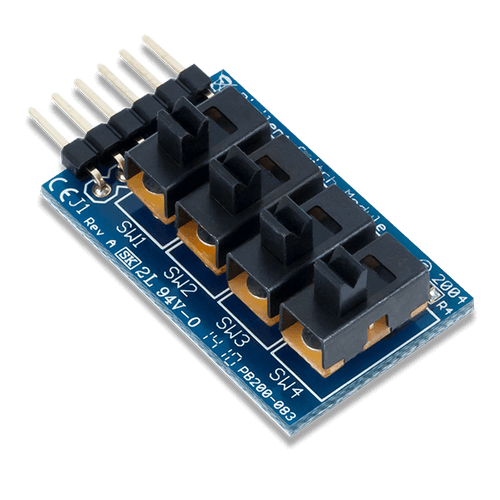 The Pmod SWT provides users with four slide switches for up to 16 different binary logic inputs to for the attached system board.

The Pmod SWT is also featured in a fantastic product bundle, the Arty S7 Pmod Pack! This bundle was designed to expand project possibilities by utilizing a variety of peripheral modules perfectly suited for the Arty S7 FPGA.