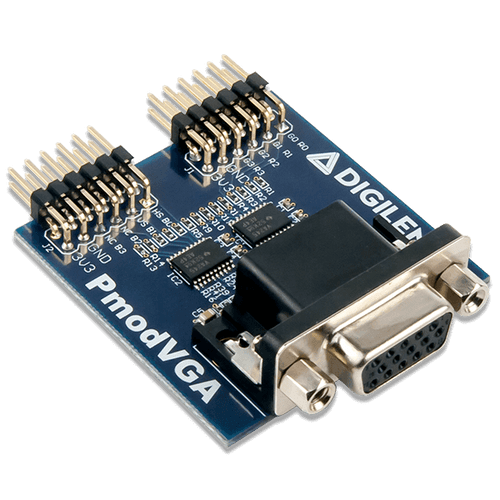 The Pmod VGA provides a VGA port to any board with Pmod connectivity. The VGA port can be used to drive standard displays such as televisions and monitors. The host board must be capable of driving a fast parallel data bus in order to properly drive a display with the Pmod VGA.

The Pmod VGA is also featured in a fantastic product bundle, the Arty S7 Pmod Pack! This bundle was designed to expand project possibilities by utilizing a variety of peripheral modules perfectly suited for the Arty S7 FPGA