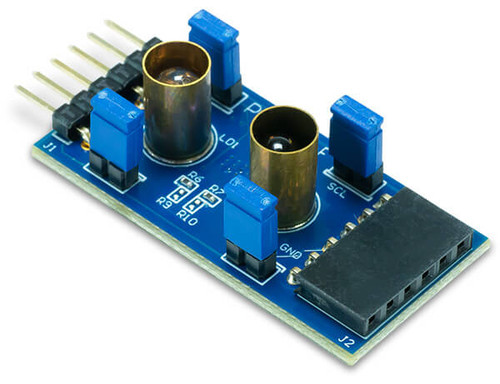 The Pmod ToF (Time of Flight) is a sensor that enables optical distance sensing at low power. The on-chip digital signal processor on the ISL29501 calculates the time it takes for light emitted by the ToF to travel to the target and back, which is proportional to the distance to the target. The Pmod ToF can measure distances of up to five meters.