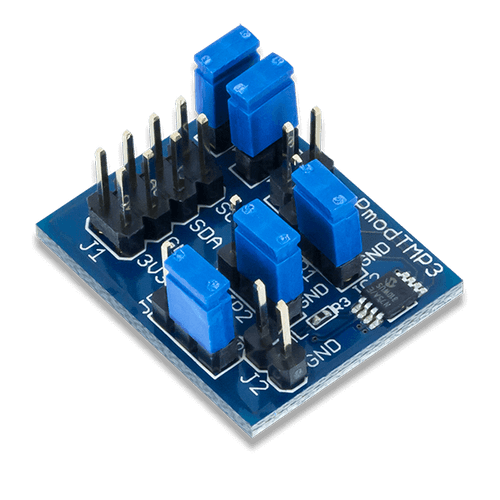 The Pmod TMP3 is an ambient temperature sensor built around the Microchip TCN75A. Users may configure the output through I2C to up to 12 bits of resolution as well as setting a trigger to occur when a user defined temperature threshold is reached.

The Pmod TMP3 is also featured in a fantastic product bundle, the Zybo Pmod Pack! This bundle was designed to expand project possibilities by utilizing a variety of peripheral modules perfectly suited for the Zybo Zynq-7000 FPGA.