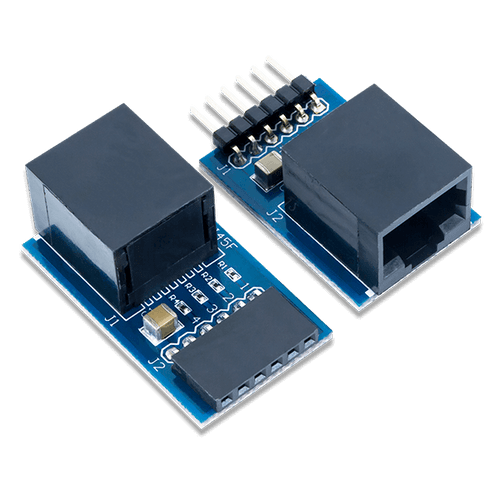 The Pmod RJ45 connector modules can offer an extended wired connection between two different systems. Shipped as a pair of male and female modules, users can connect the two together with an Ethernet cable to communicate via the Ethernet protocol or as simple GPIO lines.