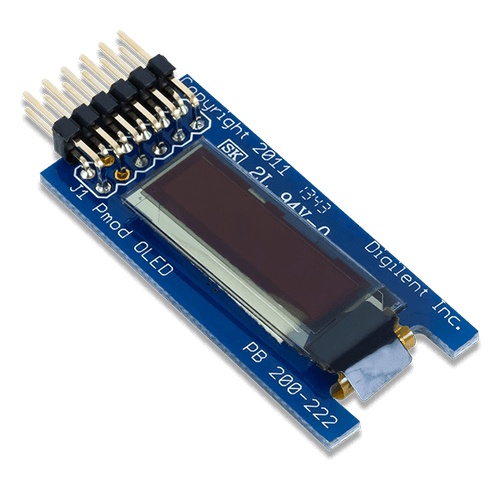 The Pmod OLED is 128x32 pixel monochrome organic LED (OLED) panel powered by the Solomon Systech SSD1306. Users can display any sort of graphical design by programming the device through SPI as well as sending bitmap images. This module uses the UG-2832HSWEG04 display from Univision Technology Inc.

The Pmod OLED is also featured in a fantastic product bundle, the Zybo Pmod Pack! This bundle was designed to expand project possibilities by utilizing a variety of peripheral modules perfectly suited for the Zybo Zynq-7000 FPGA.