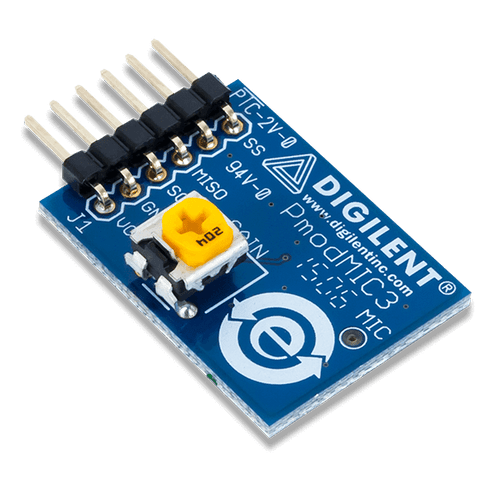 The Pmod MIC3 is a MEMS Microphone powered by the Knowles Acoustics SPA2410LR5H-B microphone and the Texas Instruments ADCS7476 analog-to-digital converter. Users may adjust the incoming volume to the system board with the small potentiometer before they receive the 12 bits of data through SPI.

The Pmod MIC3 is also featured in a fantastic product bundle, the Arty S7 Pmod Pack! This bundle was designed to expand project possibilities by utilizing a variety of peripheral modules perfectly suited for the Arty S7 FPGA.