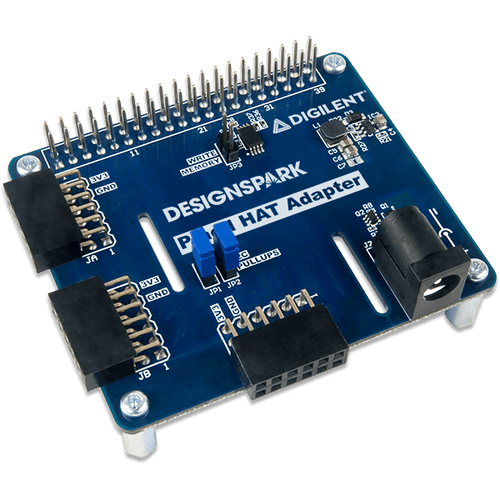 The Pmod HAT Adapter makes it easy to connect Pmods to a Raspberry Pi. It supports plug-and-play functionality, only requiring that the host Raspberry Pi is booted with the Pmod HAT attached. The Pmod HAT has three 2×6 Pmod ports and provides access to additional I/O available via the Raspberry Pi 40-pin GPIO connector. Designed in collaboration with RS Components, users can take advantage of example Python libraries and demo tutorials hosted on DesignSpark. See the Software Support section of the Resource Center for more information.

The Pmod HAT Adapter is compatible with all Raspberry Pi boards that use the 40-pin GPIO connector:

Quickly find what you need to get started and reduce mean time to blink.

All product support including documentation, projects, and the Digilent Forum can be accessed through the product resource center.