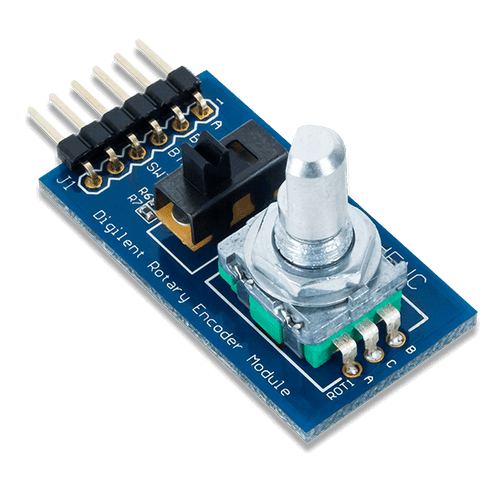 The Pmod ENC features a rotary-shaft encoder with an integral push-button to provide multiple types of outputs such as a way for users to quickly switch between multiple choices shown on a screen or predefined motor speeds. The module also includes a sliding switch that is commonly used as an on/off output. An encoder is commonly used in freely rotating volume knobs to detect how many "clicks" a knob has been rotated.