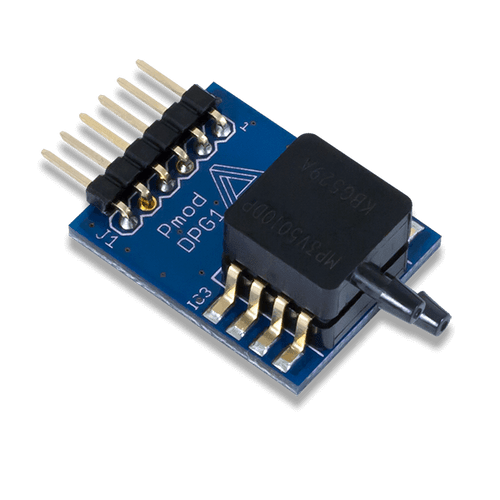 NOTE: Due to the COVID-19 pandemic, the pressure sensor on the Pmod DPG1 is in extremely high demand because of its usability in ventilator applications. As a result, Digilent’s restocking orders have been delayed, and we do not have an estimated date that the Pmod DPG1 will be back in stock at this time. We appreciate your patience and understanding.

The Digilent Pmod DPG1 is a differential pressure gauge module. With NXP's MP3V5010DP piezoresistive transducer and Texas Instrument's ADCS7476 12-bit Analog-to-Digital Converter, you can detect when a change in pressure between the two ports occurs and send digital information to your system board.