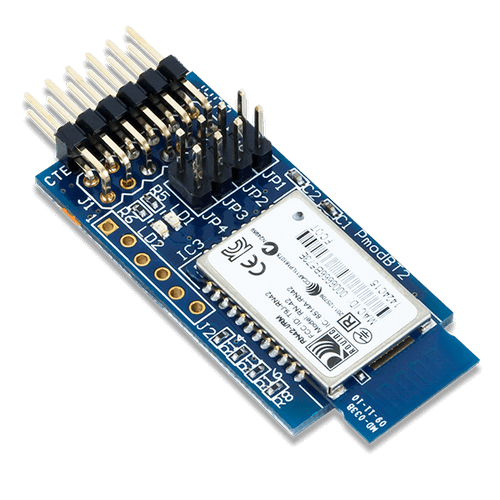 The Pmod BT2 is a powerful peripheral module employing the Roving Networks® RN-42 to create a fully integrated Bluetooth interface. Users can communicate with the chip via UART and can also use the secondary SPI header on the board for updating the RN-42 firmware if needed.

The Pmod BT2 is also featured in a fantastic product bundle, the Zybo Pmod Pack! This bundle was designed to expand project possibilities by utilizing a variety of peripheral modules perfectly suited for the Zybo Zynq-7000 FPGA.