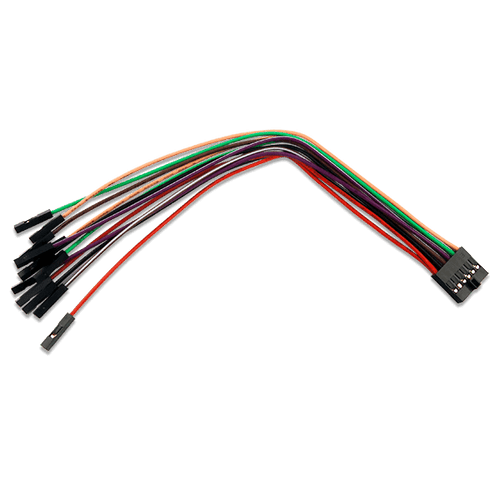 The 2x6 MTE Cable for Digital Discovery provides a simple connection method from either of the Digital I/O connectors on either side of the device to a circuit under test. The 12 female-terminated wires are color-coded and can be used as is, in conjuntion with a pin header gender changer to probe a female connector, or connected directly to breadboard wire. The 2x6 Digital inputs and outputs on the digital discovery are also configured to match the Pmod Specification for easy sensor debugging.

One 2x6 MTE Cable is provided with the Digital Discovery, but it can be useful to have additional cables for testing multiple devices or in the event that it needs to be replaced.

Quickly find what you need to get started and reduce mean time to measure. All product support including documentation, projects, and the Digilent Forum can be accessed through the product resource center.